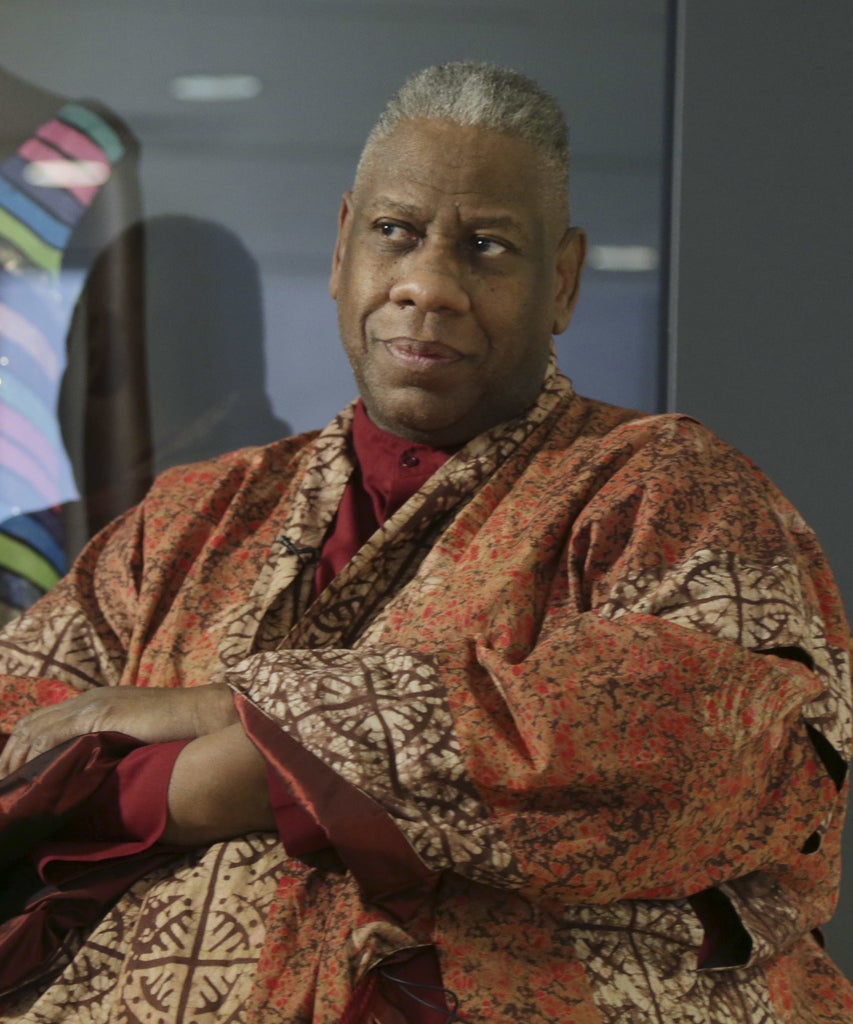 Not all heroes wear capes. But André Leon Talley did. His signature look, one he adopted early in his life while growing up in Jim Crow-era North Carolina, was reflective of the glamour the former Vogue editor-at-large, who died on Tuesday, saw in his everyday life. Granted, later on, his days were anything but mundane, jet-setting from New York to Paris with the world’s most elite designers, models, editors, and socialites for publications like Women’s Wear Daily, Ebony, and Vogue. But even in his final years, sitting on the porch of his house in White Plains, New York, Talley wore his cape to proclaim just how powerful fashion can be when used as a tool for self-expression.

“​​No one saw the world in a more elegant and glamorous way than you did,” designer and friend Diane von Fürstenberg wrote in a tribute to Talley on Instagram.

It can’t be underestimated the impact that Talley had by breaking barriers as a fashion journalist, who was often was the only Black man seated in the front row of runway shows and appearing on magazine mastheads. Along the way, Talley opened doors for others, both through his journalism, by uplifting emerging talent — designer Rick Owens shared on Instagram that he got his start after the late editor called him “out of the blue” to meet Anna Wintour after seeing his designs in the window of Henri Bendel in 2000 — and through his work as a member of the Board of Trustees at the Savannah College of Art and Design.

For those who weren’t part of the fashion industry though, he was proof that personal style is the best currency. “You have to be yourself; they will accept you if they see who you are is authentic,” he told Garage. Even though Talley had worn capes throughout his youth, he said it first caused a stir in the industry after Karl Lagerfeld lent him a dressing gown to cover a last-minute dinner for Women’s Wear Daily. “Here comes a Black man representing Women’s Wear Daily in a black dressing gown for a black-tie dinner… I had the upper hand” he said in the video for Garage Magazine, referring to the incident as a “scandal.”

A post shared by Black in Fashion Council (@blackinfashioncouncil)

Work aside, Talley had little care for trends. Instead, he embraced the ways elegance and beauty could be attained through very little resources, a lesson he credited to his grandmother, Bennie Frances Davis, who raised him. “We had nothing but we had everything because we had love,” Talley said in an address at Oxford Union in 2013. “We didn’t talk about style. For me, she was style.”

Talley believed in the power fashion had, particularly in his own life. “Clothes were my armor of warfare,” he said in an interview for his 2020 memoir The Chiffon Trenches. “That’s how I got through life. I had to represent. I couldn’t fail. Failure was not an option.” In turn, he inspired others to be unapologetically themselves. “André Leon Talley made it possible for so many Black queer boys and men to express ourselves out loud. No reservations,” wrote Preston Mitchum, director of advocacy at the non-profit organization The Trevor Project, in a tribute on Twitter.

But we will also cherish him for reminding the world that fashion is a means of creating our own fantasies of what life can be, no matter where you come from or what you look like. The best way we can dissuade a “famine of beauty,” as he famously said in the 2009 documentary The September Issue, after his passing is by wearing whatever makes us feel like the best version of ourselves.

Today, though, we honor him by wearing a cape.

Like what you see? How about some more R29 goodness, right here?

40 Essential Sneakers for 2022
Every style you need to build an unbeatable roster of all-star kicks.

Guess Is Ready for Some Californication
Designer Eli Russell Linnetz is helping to re-imagine the California cool brand.